skip to main | skip to sidebar

Dada Poetry: An Introduction was published by Nirala Publications. It may be ordered on Amazon.com for $25 plus shipping. American buyers may order a copy from me for $23 including shipping.

Each book is available from the author William Seaton. Write seaton@frontiernet.net.


A categorized index of all work that has appeared on this site is available by looking under the current month in the Blog Archive section and selecting Index.


This site is listed in BlogCatalog and

When I read translations of German Dada poetry recently, I provided a general introduction to the Dada scene including some details about American Dada. As it happened, Duchamp and other avant-garde artists had often visited Kurt Seligmann’s home in Sugar Loaf, now the site of the Seligmann Center for Surrealism where the talk was given. My summary of information on New York Dada is purely reportage – no original analysis, but it may be convenient for some readers.

1.
Francis Naumann is the leading scholar on the subject. His New York Dada 1915–1923 is the standard reference, though Rudolf E. Kuenzli’s New York Dada has some good essays and documentary material.


2.
American Dada arose among immigrants at a time like today when a significant percentage of Americans are immigrants or the children of immigrants. It was, however, sufficiently naturalized that the seminal publication included a cartoon by Rube Goldberg.

The greatest American-born artist associated with Dada was surely Man Ray who met Duchamp in 1914 and collaborated with him on the New York Dada publication in 1920. Best known for and elegant photography in both conventional and avant-garde styles (including the rayograph), he was an important painter and filmmaker as well. His innovative and accomplished body of work includes assemblages from 1915 (for example, his "Self-portrait" using bicycle bells), kinetic works such as "Rotary Glass Plates," ready mades like 1921 "Gift," a flatiron with nail-like projections (the original of this poignant self-defeating object exhibited in the first Surrealist art show Paris 1925 was given to Satie and is lost). Like Meret Oppenheim’s cup, saucer, and spoon covered with fur from a Chinese gazelle ("Object") this gift is recognizably Dada as it tightens the knot of dualities and highlights at once the centrality and the futility of art.


3.
Though Duchamp said, “The only works of art America has given are her plumbing and her bridges,” a number of Dada journals appeared during the 20s. New York Dada must be the single most important publication. Others magazine was edited by Kreymborg, financed by Arensberg and published Mina Loy, Man Ray, William Carlos Williams, Marcel Duchamp, and Marianne Moore. Broom was edited by Harold A. Loeb, Alfred Kreymborg, Slater Brown, Matthew Josephson, Malcolm Cowley, and Lola Ridge. The Blind Man was edited by Duchamp, Henri-Pierre Roche, and Beatrice Wood and published Walter Arensberg, Mina Loy, Gabrielle Buffet-Picabia, Stieglitz, Joseph Stella and, in number two, protested the exclusion of Duchamp’s “Fountain” from the unjuried Independents’ show. Rongwrong was edited by Duchamp, Roche, and Wood.

The most important formation of Dada in this country was formed by Picabia and Duchamp in their alliance with Stieglitz, his gallery 291 and the patronage of Walter Arensberg.


4. Two Characters
Baroness Elsa von Freytag-Loringhoven (1874-1927) came to the US in 1910 where she worked as an artists’ model and wrote Expressionist and Dada poetry as well as making collages and found sculpture, most notably a piece of drain pipe she titled God. There is evidence, including a letter of Duchamp that she is the actual creator of his urinal titled “Fountain.” Became celebrated for stealing and for outrageous costumes, crepe paper in strings from her neck, a bird-cage, an array of spoons hung from neck and arms, sometimes head shaved and painted vermilion, or a bustle with a taillight. When visiting the French consul in Berlin she wore a birthday cake with fifty lighted candles on her head and a necklace of dried figs about her neck from which she offered the bureaucrat a suck now and then. She appeared in Marcel Duchamp’s film The Baroness Shaves Her Pubic Hair. Jane Heap described her as “the only one living anywhere who dresses Dada, loves Dada, lives Dada” (“Dada,” Little Review, Spring 1922: 46). Wallace Stevens was quoted as saying he was afraid to come below 14th Street for fear of encountering her. Djuna Barnes mourned her death in transition. Her poems in German have never been translated.


Arthur Cravan used many pseudonyms and most of his biographical details are uncertain. He was born Fabian Avenarius Lloyd, Oscar Wilde’s nephew. He is known to have been a thief, forger, draft-dodger, sailor, and lumberjack, but his greatest non-literary glory was his prize-fighting. He sponsored his trip to America by a fight with world champion Jack Johnson in the Canary Islands. (He had convinced Johnson’s promoters that he was the European champion. (In fact he had managed, by an unlikely but legitimate series of events, to be named light heavyweight champion of France in 1910.) The bout with Johnson ended in the almost immediate knockout of the inebriated Cravan.

He edited -- in fact he wrote -- the journal Maintenant from 1911-15. In it he once claimed to have met a living Oscar Wilde. The New York Times dispatched a reporter to see if it might be true.

Following Picabia's suggestion, he left Barcelona early in 1917 and came to New York, where Duchamp and Picabia arranged for him to give a lecture on modern art at the Grand Central Gallery. He wrote Willard Bohn, whom he had defrauded by selling him a fake Picasso, that he was “going to America to see the butterflies. Perhaps it is absurd, ridiculous, impractical, but it is stronger than I.” Oddly, he added that another of his goals in America was to “make friends with a giraffe.” The audience for his lecture contained many wealthy art patrons who waited for over an hour for Caravan to make an appearance. When he did show up, drunk and semi-coherent, many were concerned that he would damage the painting by the academic American artist Alfred Sterner hanging behind him. He proceeded to curse and sputter and had just begun to disrobe when the police arrived and took him away. Walter Arensberg got him out.

He fled to Canada when the US began drafting people, using new forged documents, and was on his way to South America with his wife Mina Loy when he vanished. Many suspected he was still around, especially when faked Wilde memorabilia hit the European markets, offered by individuals using his pseudonyms.

Of the painter Marie Laurencin, Apollinaire’s mistress, Cravan observed: “Now there’s someone who needs somebody to lift her skirts and stick a fat [...] somewhere to teach her that art isn’t just little poses in front of a mirror [but rather] walking, running, drinking, eating, sleeping and relieving oneself.” Apollinaire then challenged him to a duel, which resulted in a rather ignominious apology from Cravan.

5.
There was a half-baked attempt to revive Dada organized by Americans who had spent time in France including Malcolm Cowley and Matthew Josephson. They spoke of hiring a hall to “give a literary entertainment, with violent and profane attacks on the most famous contemporary writers, court-martials of the most prominent critics . . .all this interspersed with card tricks, solos on the jew’s harp, meaningless dialogues and whatever else would show our contempt for the audience and the sanctity of American letters.” (Josephson had denounced the French in the Little Review as chameleons for leaving Dada for Surrealism.)


6.
From one of the last nonprofessional literary theorists Kenneth Burke who in his essay “Dada, Dead or Alive” says America has too little tradition to need Dada; in fact, according to Burke, “America is Dada in its actual mode of life, and has produced popular artists to express this Dada.” He mentions Krazy Kat and vaudevillian Joe Cook who “was an incredible juggler, could walk a tightrope, ride a unicycle, mime, and perform many other circus skills with ease.” He played piano, violin, and ukulele, told absurd and often lengthy humorous stories and built very complex Rube Goldberg-type devices to perform simple tasks. His nickname was “One Man Vaudeville.”

A friend writes from Canada: "A neighbour, moving near by, was for some days involved in the turmoil of resettling; and his dog, to that extent dis-orbited, walking a quarter of a mile up the road to explore the new territory, stopped gravely to observe me in the garden. His owner is James MacDonald; so I, not knowing the dog's name, and yet hoping to find some bond of communication between us, called out, 'Heigh, MacDonald.' Whereupon MacDonald, agreeably surprised by hearing this familiar name, entered the garden and stood beside me. I next asked, 'How's business?' and MacDonald presented his ears to be scratched. I scratched his ears, and he forthwith began attempting the virtue of my leg, so that in anger I ordered him out of the garden. Later I reflected on this strange encounter: how quickly our acquaintance had ripened into friendship, our friendship deepened into intimacy, and our intimacy burned itself out in passion-and in this rapid telescoping of events, I decided, there was Dada."


7.
Over a number of years Duchamp posed in drag as Rrose Sélavy, an alias first written originally "Rose Sélavy" (an actual double pun in French based on phonetic transcription and concatenation of two common popular expressions: "C'est la vie!" ["That's life!" -- "Tough luck!"] and the other expression "La vie en rose" ["Life in Pink" (the good life)]) to further the parody of the marketing of the perfume "Belle Haleine". The alias was later changed to Rrose Sélavy to force pronouncing the first "R" (against normal French articulation) so that it becomes "Eros, c'est la vie) ["Eros, that's life"]. Man Ray was asked to make several photographic portraits of Duchamp as Rrose Sélavy.


8.
“The Cheerless Art of Idiocy” in the June 12, 1921 issue of The World Magazine is typical of the few reactions in the popular press. According to Henry Tyrrell the Dadaist is a “perverse and destructive” “child” whose “nursery breathes an atmosphere of decadence and dynamite. That latter word implied “anarchist” (indeed the IWW, many experienced miners, had been known to value the explosive’s expressive power), but Tyrrell does not stop with the altogether accurate charge of political radicalism. He makes it quite clear that the Bolshevist threat Dada presents is merely one instance of the malicious influence of Jews!


9.
A poem by the painter Charles Demuth the painter published in The Blind Man indicates the significance for American artists of the arrival of the new ideas from Europe. His poem was called “For Richard Mutt.”

For some there is no stopping.
Most stop or never get a style.
When they stop they make a convention.
That is their end.
For the going everything has an idea.
The going run right along.
The going just keep going.
Posted by William Seaton at 7:04 AM 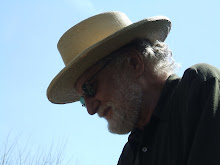 William Seaton
Seaton is a poet, critic, and translator. In 2020 his Planetary Motions was published by Giant Steps Press. He is also the author of Spoor of Desire: Selected Poems, Tourist Snapshots and Cold Water, as well as scholarly work (including a volume on medieval love poetry). A book of essays and translations, Dada Poetry: an Introduction, was published by Nirala in 2013. On this site he posts prose for the most part, largely literary criticism (some popular and some academic), but also some familiar essays, travel stories and other work with only occasional poetry. He may be reached at seaton@frontiernet.net.